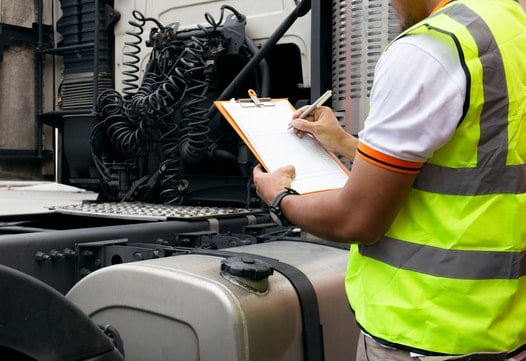 A new trucking industry study indicates that any motor carrier that makes the effort to improve the safety of their operations can do so. The study of nine trucking companies, including some once classified as “high risk” by the Federal Motor Carrier Safety Administration (FMCSA), found that each fleet made changes that led to a decrease in the number and severity of large truck accidents and improved their overall scores in the FMCSA’s Compliance, Safety, Accountability program.

The study was conducted by the National Surface Transportation Safety Center for Excellence (NSTSCE) at the Virginia Tech Transportation Institute with assistance from Travelers, a leading provider of commercial motor vehicle insurance; the National Safety Council; and state trucking associations.

Establishing an overall safety culture — from the boardroom to the truck cab — was a crucial element for a motor carrier’s success, according to the study report. “Safety is not just something that’s a single department, it needs to be part of the entire culture of the organization from the drivers, mechanics, dispatch, management, HR,” Chris Hayes, Travelers’ second vice president of transportation, risk control, told Transport Topics.

The study report shows that safety improvements were the result of training and adopting new technology, such as forward- and rear-facing cameras in truck cabs.

Transport Topics notes that the report strongly advocates both forward- and rear-facing cameras in truck cabs, though rear-facing cameras have been controversial because some drivers consider them an invasion of privacy. “The authors said while they understand the complaints, the cameras can be very beneficial if trucking companies use them only as a teaching and training tool, and not to treat drivers in a punitive manner.”

Based on their analysis of safety improvements instituted at the nine motor carriers studied, study authors identified the keys to success as:

“The overall message from each of the carriers was that there was no single fix, but rather that it was a comprehensive approach that improved safety outcomes,” the study authors wrote. “Often it takes changes throughout the organization to reduce crashes.”

Abigail Potter, an official with the American Trucking Association’s regulatory policy staff, told Transport Topics, “This report lays out a bunch of options that carriers of all different sizes can look to to develop best practices and improve their safety outcomes.”

What is the Current State of Trucking Industry Safety Plans?

If the number and severity of truck accidents is the key measurement of trucking industry safety, then the recent record is poor.

According to National Highway Traffic Safety Administration data, there were more large-truck accident deaths in 2017 — the last year figures are available — than in the previous year, even though the overall traffic fatality rate declined.

Also, according to 2017 figures, the 12.2 million large trucks registered in the country made up only 4.2 percent of the 290.4 million motor vehicles of all kinds on U.S. roads, but accounted for 12.8 percent of all crash fatalities. And, among large truck fatalities in 2017, only 18 percent of the people killed were truck occupants, while 72 percent of deaths occurred in other vehicles. The remaining 10 percent were “nonoccupants,” i.e., pedestrians and cyclists.

The FMCSA has recently proposed changes to the hours-of-service regulations that dictate breaks truckers are required to take and time they may spend on and off duty. Electronic time-logging devices required in every truck driver’s cab are designed to ensure that truckers follow HOS rules.

Truckers may not drive for more than 11 hours a day nor work more than 14 hours a day and must have had 10 consecutive hours off duty before the on-duty clock starts anew. A driver who will be driving more than eight hours in a single day must take a 30-minute off-duty break before completing their eighth hour of driving.

As Business Insider explains, truckers say the requirements have made their job more dangerous and cut into their pay. “Drivers are now more reckless than ever trying to make it to their destination before the clock runs out with the mandatory breaks and such,” Steve Manley, 52, a veteran truck driver in Nashville, Tennessee, said.

But a Los Angeles Times report says highway safety groups have warned that the FMCSA’s changes would dangerously weaken the HOS regulations.

The FMCSA said it had received more than 5,200 public comments about changes that should be made to HOS regulations. Its proposal provides flexibility but would not increase driving time and would continue to prevent truckers from driving for more than eight consecutive hours without at least a 30-minute change in duty status, the agency said in a statement with the proposal.

The agency’s proposed changes would also save $274 million across the U.S. economy, the FMCSA estimates.

Proposed changes to the FMCSA’s HOS regulations are:

The proposal was published in the Federal Register August 22 and is open for public comment until October 7. FMCSA Administrator Raymond Martinez told the LA Times he couldn’t say when a final rule would be issued and take effect.