Skip Navigation
Have you been in a head on car crash?
We want to help you get your life back on track.
Serving Central Virginia including Charlottesville, Harrisonburg, Winchester, Staunton, Woodstock, and the surrounding areas. 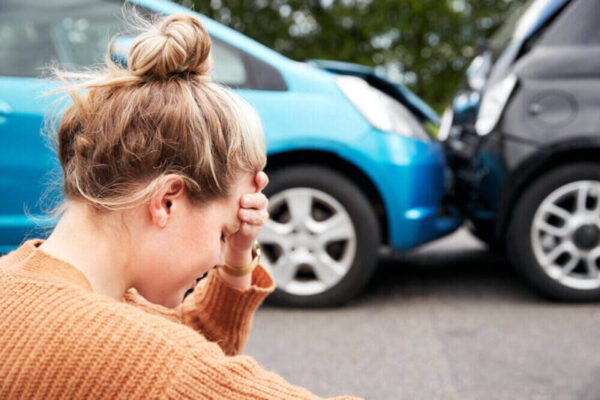 Head-on collisions are among the most devastating motor vehicle accidents. They account for only a small portion of all crashes but represent a disproportionate share of serious injuries and fatal accidents. If you have been injured or lost a loved one in a head-on car collision caused by another driver, you may have a right to seek full compensation for your medical bills and other accident expenses. A Charlottesville head-on collision lawyer with Kendall Law Firm can help you hold the driver who hit you accountable.

The Kendall Law Firm has a long track record of serving injured Virginians. Our record includes multiple six- and seven-figure settlements for clients injured in head-on collisions. While past results are not predictive of future case outcomes, our results do show our extensive experience with motor vehicle accident cases. Our success on behalf of our clients is reflected in the positive reviews they’ve left us on Google and our A+ rating from the Better Business Bureau.

If you have been seriously injured in a head-on collision caused by a negligent driver, seek the legal representation you need and the justice you deserve. Reach out to Kendall Law Firm for a free case evaluation. Speak with a knowledgeable Charlottesville head-on collision lawyer about your legal options to pursue a financial recovery.

What Is a Head-On Collision?

A head-on collision is an auto accident in which the fronts of two vehicles moving in opposite directions collide with one another. Head-on crashes usually occur when one vehicle drifts into an oncoming lane in front of an approaching vehicle. A head-on collision also can refer to a single-vehicle crash in which a car crashes into a stationary object such as a telephone pole, barrier, sign, or tree.

Some of the most frequent causes of head-on car accidents include:

Head-on collisions are considered one of the most dangerous types of motor vehicle accidents. In a head-on collision, both cars hit each other with their full combined force. The increased forces involved in the collision typically lead to more serious injuries. According to the Insurance Institute for Highway Safety, frontal impact collisions accounted for 58 percent of all passenger vehicle occupant deaths in a recent year.

Due to the significant forces involved in a head-on car accident, these collisions tend to result in life-altering injuries such as:

Who’s at Fault in a Virginia Head-On Collision

In head-on collisions in Virginia, the driver on the wrong side of the road is typically presumed to be at fault for the accident. However, in rare cases, another party may be liable for a head-on collision. For example, an auto part manufacturer might have liability for a head-on car crash caused by a mechanical failure that allows a vehicle to veer into the wrong lane.

A third driver may have responsibility for a head-on collision if the driver recklessly operates their vehicle in such a way as to cause another driver to swerve over the center line while trying to avoid a collision.

If you were hit by a negligent driver, you may be entitled to pursue compensation for the losses you suffered as a result.

A personal injury lawsuit may seek compensation for the following losses:

An experienced Charlottesville personal injury lawyer at Kendall Law Firm can help you seek the financial relief you need to move forward after a head-on collision that was not your fault. Contact Kendall Law Firm today for a free, no-obligation consultation to discuss how our car accident lawyers can assist you. Give us a call at (866) 590-9773, or reach out to us online.

Get a Free Consultation